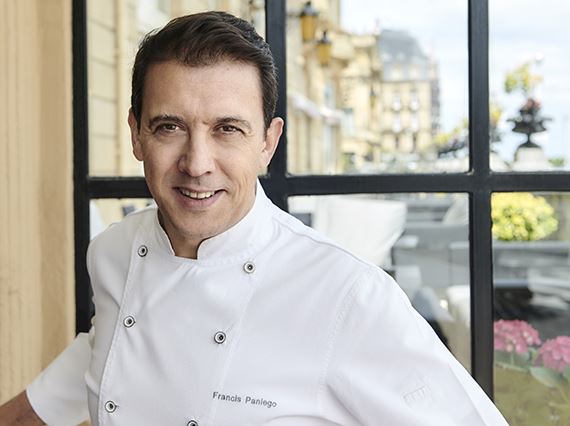 Life at Marqués de Riscal turns around food and wine. From its inception in 2006, the hotel's gastronomic personality has been dominated by chef Francis Paniego, whose admired restaurant "El Portal de Echaurren" in nearby Ezcaray has long been a leading light in the culinary world of La Rioja.   Paniego brings to the hotel both his peerless command of traditional riojano cooking and the contemporary flair that has won him two Michelin stars in Ezcaray and one star here at the hotel.